Passage of the American Rescue Plan Act of 2021 calls for the U.S. government to pay 100% of COBRA premiums from April 1 to the end of September.

The subsidy applies to vision and dental premiums in addition to medical covered by COBRA.

You qualify if you were laid off or your hours were reduced so you lost health coverage.

You don’t qualify for the government subsidy if you quit your job or are eligible for Medicare or other health coverage.

If you lose your job after April 1, your premiums will be paid from the end of your group health insurance until the end of September.

If you’re on COBRA now, your premiums for April 1st – September 30th will be paid. If you’re already getting a company subsidy as part of your severance package, look for information from your COBRA Administrator about how that will be handled.

If you didn’t elect COBRA because of the expense, a new election period will run from April 1 for 60 days.

The law includes detailed notice provisions for new and existing eligible individuals to have the opportunity to elect or renew coverage. It extends to anyone who had an involuntary loss of employment or reduction of hours as far back as 17 months prior to April 1, 2021.

If you’re behind in your COBRA payments, you can get the subsidy for April 1- September 30.

If you’ve already paid COBRA premiums for April and beyond you are to be refunded for the months of April through September. The refund must be given within 60 days.

COBRA won’t be extended if your 18-month period comes to an end between April 1 and September 30.

After September 30 you’ll resume paying your premium+2% administration fee. The end of the government subsidy is not a qualifying event for Affordable Care Act Special Enrollment.

Naturally, company HR departments, COBRA administrators and payroll administrators are scrambling to understand the law and inform those who are eligible for the subsidy. We thank our colleagues at PrimePay and LaSalle Benefits for helping us get this information to you.

If you’re affected by this new COBRA development or know someone who is, join our free Zoom seminar COBRA & Alternative Health Insurance Wednesdays at 1pm. Just email rbloomfield@jpearlsteinltd.com for the link. 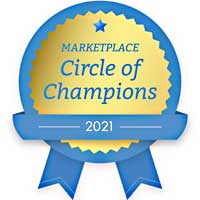 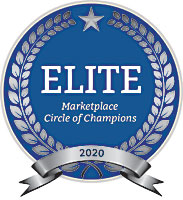 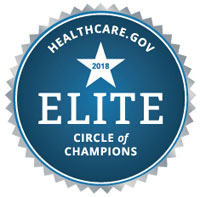 I’d like to thank Rebecca Bloomfield and Jerry Pearlstein from Jerry S. Pearlstein Insurance Ltd. for their help in selecting an appropriate health-care plan and facilitating the completion/submission of my application.

He presented me different plan options and then asked if I would like him to be my agent to shepherd my application through the system. I said, “Yes!” He did so…professionally, kindly, and effectively.

Everything got squared away in short order.

Jerry and Rebecca made the entire process very easy. We also appreciate that they are only a phone call away during the year if we have any issues.

Thank you! We appreciate your quick and thorough service!

They really know their business, I trust them totally with my insurance needs!

This was an amazing service! Jerry was so helpful and knowledgeable. He guided me through the whole process. I recently lost my job due to Covid. Jerry helped me reduce my monthly premiums by 70%. Never would have figured this out without him. Highly recommend!

Jerry and Rebecca have been providing our family excellent, practical advice on our insurance needs for years, along with top flight service. We are extremely pleased and highly recommend them.